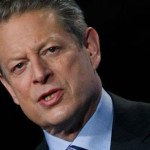 Former US vice-president and climate crusader Al Gore has urged Australians not to write off Prime Minister Julia Gillard, suggesting that she still had time to turn around opinion poll results.

Climate Council: heatwaves are getting hotter and more frequent

Heawaves are one of the most important climate-related risks for Australians. Sometimes called the “silent…