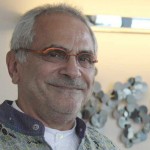 At a meeting in Melbourne last week, WithOneSeed organisers met with His Excellency José Ramos-Horta, Nobel laureate and former President and Prime Minister of Timor Leste and His Excellency Abel Guterres, Timor Leste Ambassador to Australia. During the hour long-meeting Dr Horta confirmed his patronage of the WithOneSeed project and was presented with an update of the foundation project in Baguia, Timor Leste.

Dr Horta’s patronage will be formalised with an official signing in Timor in December.

Comments from THE ZONE

The Zone’s Michael Short recently spoke to Andrew Mahar, co-founder of WithOneSeed, about the social…