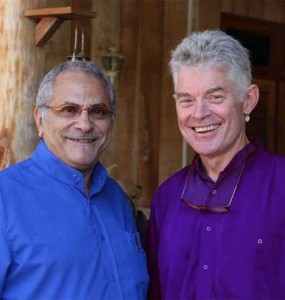 WithOneSeed organisers met recently with project Patron, His Excellency Jose Ramos Horta, at his residence in Dili. The purpose of the meeting was to film an address by Dr Horta about his patronage and support for the WithOneSeed Project.

In the film his talks about the serverely depleted environments in Timor Leste and how he believes WithOneSeed will be successful in addressing environmental issues that face his country.

The short film is in the final stages of post-production and will be uploaded later this week. Stay tuned! Watch the video

As Andrew Mahar, Director of WithOneSeed, has travelled the breadth of Timor Leste over the…

Dr José Ramos-Horta confirms his Patronage of WithOneSeed. At a meeting in Melbourne last week,…