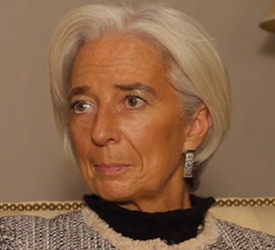 Australia was a pioneer in tackling climate change and should remain a pioneer, says the head of the International Monetary Fund Christine Lagarde. “It would be a mistake to assign climate issues to “the back-burner” because action to reduce carbon emissions could strengthen economic growth as well as protecting the environment,” she said.

Speaking to Fairfax Media ahead of her first visit to Australia as IMF chief for a G20 meeting in Sydney next week, Ms Lagarde said previous Australian governments played an important role in international debates about climate change.

We all need to pay for climate change mitigation In Australia, two mitigation strategies are…