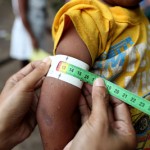 DUBLIN – The United Nations Children’s Fund says that more than a quarter of children under age 5 worldwide are permanently “stunted” from malnutrition, leaving them physically and intellectually weak and prone to early death.

In a report published Monday in Dublin, it says better provision of vitamins, clean water and breastfeeding could have helped these 165 million children achieve normal brain and body development.

The 24 countries with high levels of stunted children are concentrated in Sub-Saharan Africa and South Asia.

More than half of children in Timor-Leste, Burundi, Niger and Madagascar are stunted. The country with the largest number of stunted children is India with 61.7 million, or 48 percent of all Indians under age 5.

Ireland has brought together experts worldwide to discuss efforts to combat stunting.

A $4 million dollar insult to the scientific community

A view from an influential man…

No evidence that man has caused warming ... Despite the opinion of 97% of the…

US ties at risk over climate