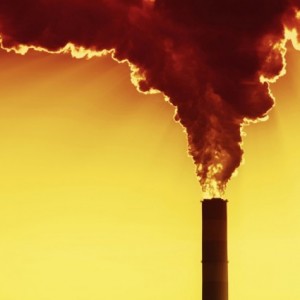 The “social cost” of carbon dioxide emissions may not be $37 per ton, as estimated by a recent U.S. government study, but $220 per ton.

The economic damage caused by a ton of carbon dioxide emissions – often referred to as the “social cost” of carbon – could actually be six times higher than the value that the United States now uses to guide current energy regulations, and possibly future mitigation policies, Stanford scientists say.

A recent U.S. government study concluded, based on the results of three widely used economic impact models, that an additional ton of carbon dioxide emitted in 2015 would cause $37 worth of economic damages. These damages are expected to take various forms, including decreased agricultural yields, harm to human health and lower worker productivity, all related to climate change.

But according to a new study, published online this week in the journal Nature Climate Change, the actual cost could be much higher. “We estimate that the social cost of carbon is not $37 per ton, as previously estimated, but $220 per ton,” said study coauthor Frances Moore, a PhD candidate in the Emmett Interdisciplinary Program in Environment and Resources in Stanford’s School of Earth Sciences.

A landslide has badly damaged WithOneSeed's little red Drover. The nursery vehicle was hit this…

Risks to those most vulnerable

Since 2011, WithOneSeed has engaged with six student groups from the University of Melbourne on…