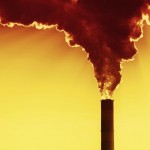 Scientists from the Tyndall Centre for Climate Change Research at the University of East Anglia (UEA) released their annual Global Carbon Budget report on Tuesday, which found that the continued burning of fossils fuels will drive carbon dioxide emissions to a record high of 40 billion tons in 2013.

Based on several recent studies and global computer models, the report’s projected fossil fuel emissions rise of 2.1 percent would put global levels at 61 percent above those from 1990, the baseline year for the Kyoto Protocol emissions treaty. Read more here

At the rate things are going, the Earth in the coming decades could cease to…

Climate Council: heatwaves are getting hotter and more frequent

Heawaves are one of the most important climate-related risks for Australians. Sometimes called the “silent…

Tony Abbott and the Coalition: Reconsider your plan to dismantle the $10 billion Clean Energy…