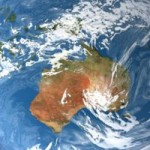 A recent poll conducted by JWS Research for the Climate Institute, found just 37 per cent of people now supported the Coalition’s intention to wind the carbon tax back in favour of its ”Direct Action” policy, which involves paying companies to reduce emissions.

Climate Institute chief executive John Connor said the poll had recognised that the cost of living impact had not been as a severe as feared, and carbon pricing was showing results.

We all need to pay for climate change mitigation In Australia, two mitigation strategies are…